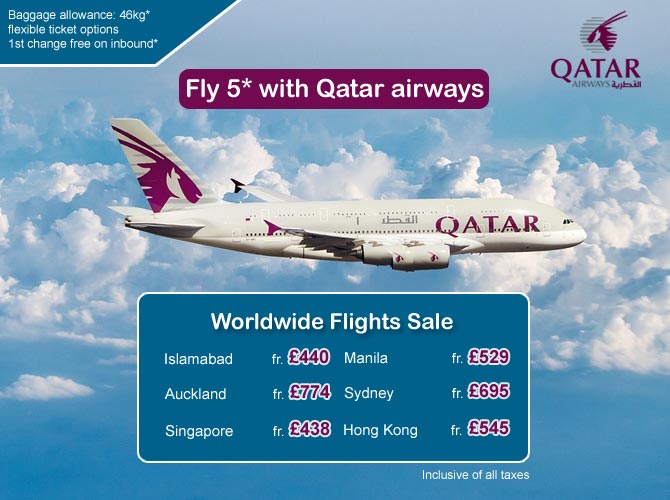 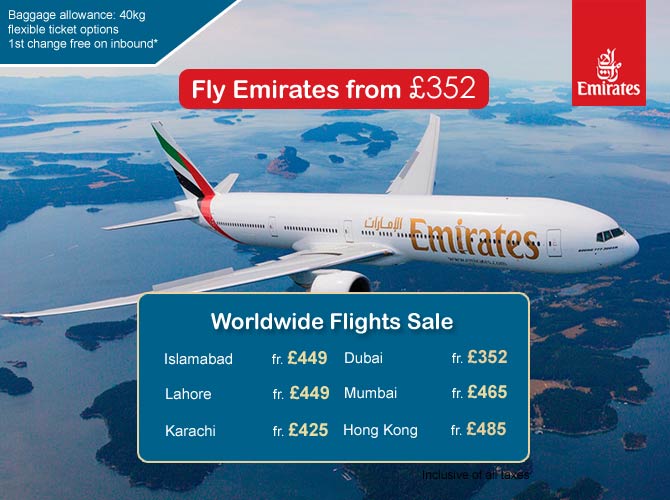 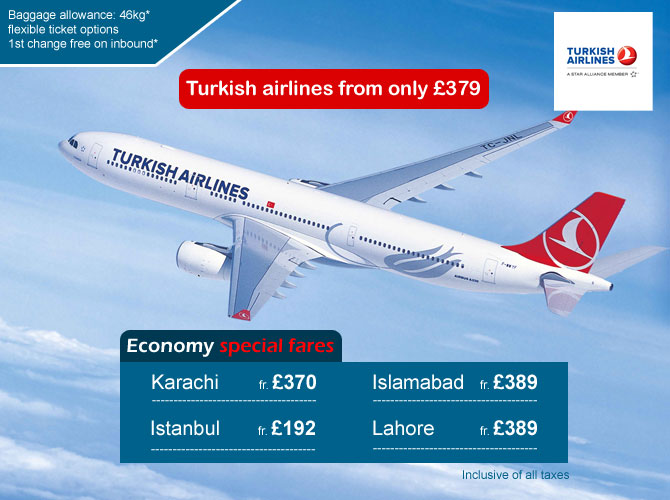 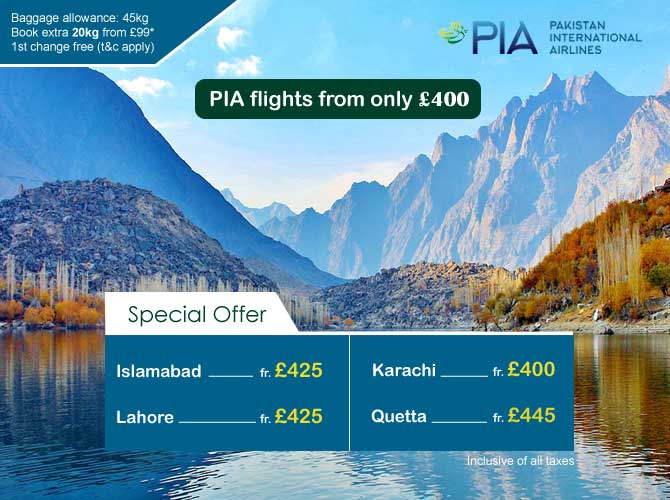 Lowest Fares To Pakistan From Glasgow

Glasgow offers some of the lowest and most affordable flight options for Pakistan whether your looking to travel to Islamabad, Lahore, Karachi, Peshawar or even Sialkot a new route offered by Emirates Airlines. There are almost daily flights to Dubai from Glasgow with options for stopovers enroute to Pakistan.

Mushtaq Travel are able to offer its customers a wide range of flight options depending on your travel dates, we have special promotional offers from glasgow to Pakistan throughout the year.

Pakistan flights from Glasgow offer some of the best connections for passengers traveling from neighbouring towns and cities with easy access from major road networks such as the M8 motorway and various A roads leading to Glasgow Airport. There are various shuttle bus services operated by Aviva who use bus no. 500 when servicing this route. There is also an option for rail services directly to the airport terminal.

Glasgow offers the lowest and most economical fares for Pakistan as compared with other airports within the UK. There are frequent and regular flight operations from Glasgow connecting with London, Manchester and Birmingham airports. For passengers requiring a flight on an alernative airline other than Emirates can simply book a connecting flight from Glasgow via London, Manchester or Birmingham with PIA - Pakistan International Airlines, Etihad Airways, Qatar Airways, Saudi Arabian, Turkish Airlines and various others.

Tickets To Pakistan From Glasgow

Most often passengers from Scotland are having to travel to Manchester international for more choice of airlines such as PIA who fly directly to Islamabad and Lahore, the travel time various typically from 2-5 hours between major towns and cities in Scotland. This is suitable for some passengers whereas very inconvenient for most who live north of scotland. With more domestic services now offered with almost all major international airlines it is now possible to make short connections via Glasgow to any other major airport within UK for connections to long haul destinations.

The fares below display the most relative discounts currently available for departures from the UK.