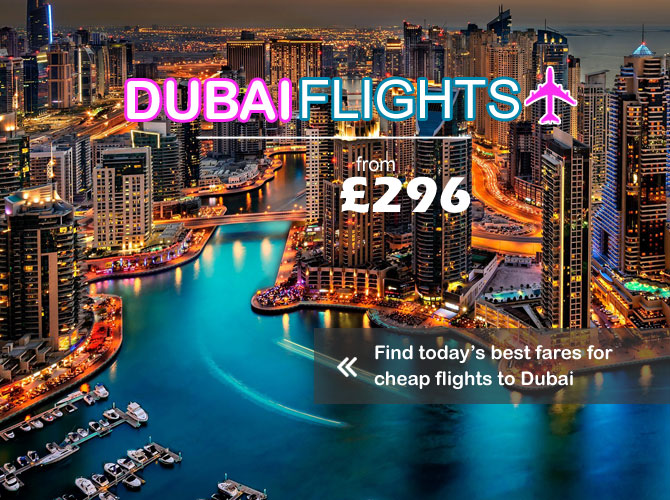 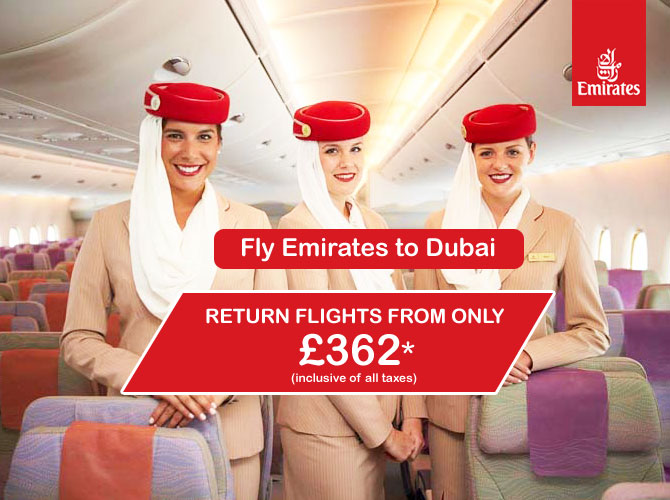 Best Prices On All Flights To Dubai, Depart From All Uk Airports on Direct And Indirect Airlines, Lowest Airfares Guaranteed. 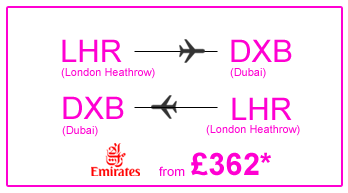 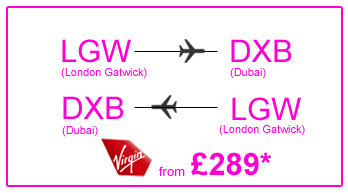 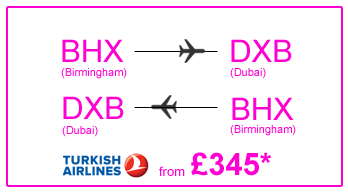 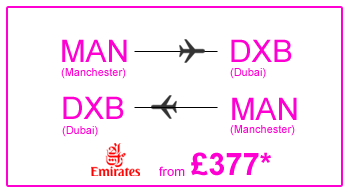 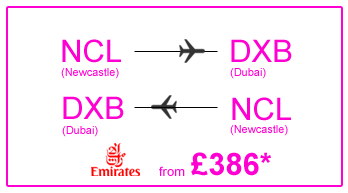 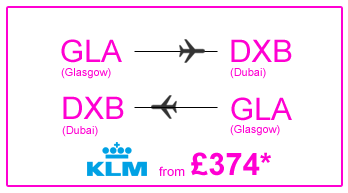 Dubai is one of the seven emirates of the United Arab Emirates (UAE). Dubai and Abu Dhabi are the only two emirates to have veto power over critical matters of national importance in the country's legislature. Dubai has emerged as a global city and a business hub. Although Dubai's economy was built on the oil industry, currently the emirate's model of business, similar to that of Western countries, drives its economy, with the effect that its main revenues are now from tourism, real estate, and financial services.

Dubai is one of the worlds fastest growing islands in terms of tourism and finance, Dubai has some of the worlds best hotel accommodations and is best known for its high standards of living and offers its residents and visitors a lifestyle to remember.

Dubai is located in the coast of the Persian Gulf and is one of the seven emirates that make up the country commonly known as the UAE, Dubai has the largest population among the emirates and has the second largest land within the emirate. With hot desert climate dubai is extrenely hot during the peak summer periods with temperatures reaching out as high as 50degrees centigrade. Even during the winter months dubai is warm but comfortable at around 30 degrees centigrade.

Dubai's tourism is probably its most important part of cash flow, it has some of the worlds best shopping malls, restaurants, hotels, beaches, and attractions. It is currently the 7th most visited country in the world, it is known in the region as the shopping ccapital of the middle east. As well as modern shopping areas and malls, Dubai boasts of rich cultural districts known as souks. Dubai's souks are known as the city of gold, the gold house in deira dubai district is well stocked with over 25 retail shops specialist in the gold jewellery market. Dubai is perfectly safe for tourists and has one of the lowest crime ratio in the continent this is mainly due to the fact the laws are very strict and law enforcement is well equiped.

Dubai hosts a rich collection of tall building and structures in many modern and historical type designs, the Burj Al Arab was the first seven star hotel in the world built on a man made island, it is probably the world best hotel with luxury at its very best. The hotel offers its own helipad and cheuffer drive for its guests, tourists a lured to visit the hotel grounds and is one of the major tourist spots in Dubai.

The Burj Khalifa which is currently the worlds tallest building is one of the most visited tourist attractions in Dubai, it hosts the worlds first Armani hotel and a shopping mall with its own aquarium with exotic fish and sea creatures. The Burj Khalifa hosts the tallest water fountain to entertain tourists daily.

Call our expert travel advisors today on 01332 361650 for your free no obligation quote, we have hundreds of cheap airfares to pakistan via dubai every season, travel from as low as £300 return during off peak seasons for the best price to dubai.